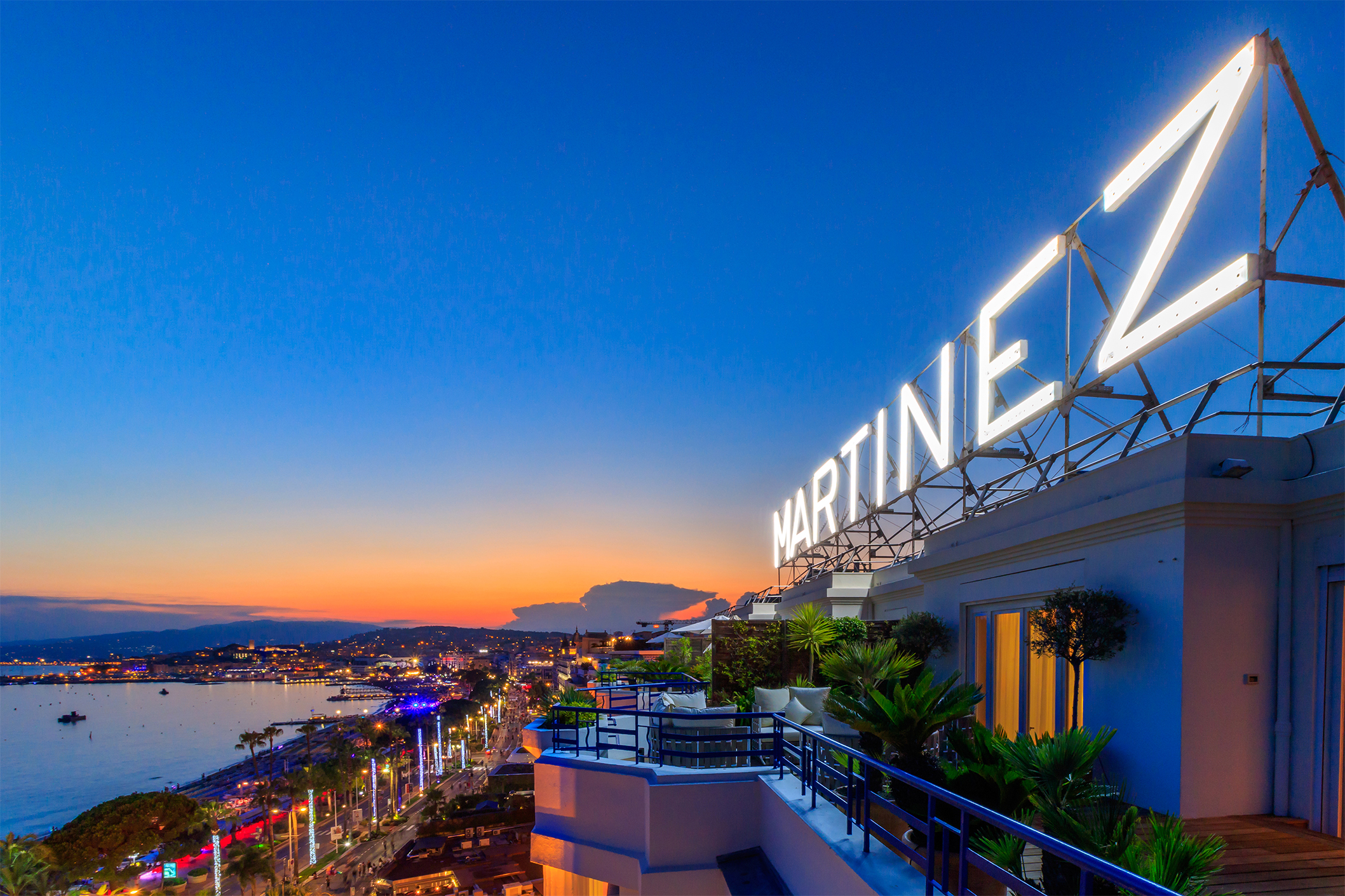 The Hôtel Martinez is the quintessential symbol of the French Riviera with its panoramic views over the Bay of Cannes. The Hôtel is always intrinsically linked to the history of film. Let’s step into the two incredible penthouse apartments dedicated to French actress Isabelle Huppert and Thierry Frémaux, General Delegate of the Cannes Film Festival sharing a space spanning 13,455 square feet across the indoor and outdoor areas. Isabelle and Thierry both added their own personal touches to the premises.

The Isabelle Apartment is decorated in light shades of white to gold, leather to silk, with custom-crafted rugs dotting the simple, Cocteau-inspired décor glowing with generous natural light.

The Thierry Apartment was designed as a masculine boudoir in cooler tones, a bathroom resembling a celebrity dressing room to the black-and-white tiling recalling reel-to-reel films. Not to miss Lastly, the two-star chef Christian Sinicropi of the hotel’s La Palme d´Or restaurant special menu to be served in these apartments that captures all the cinematic magic of Cannes. What are you waiting to step in? 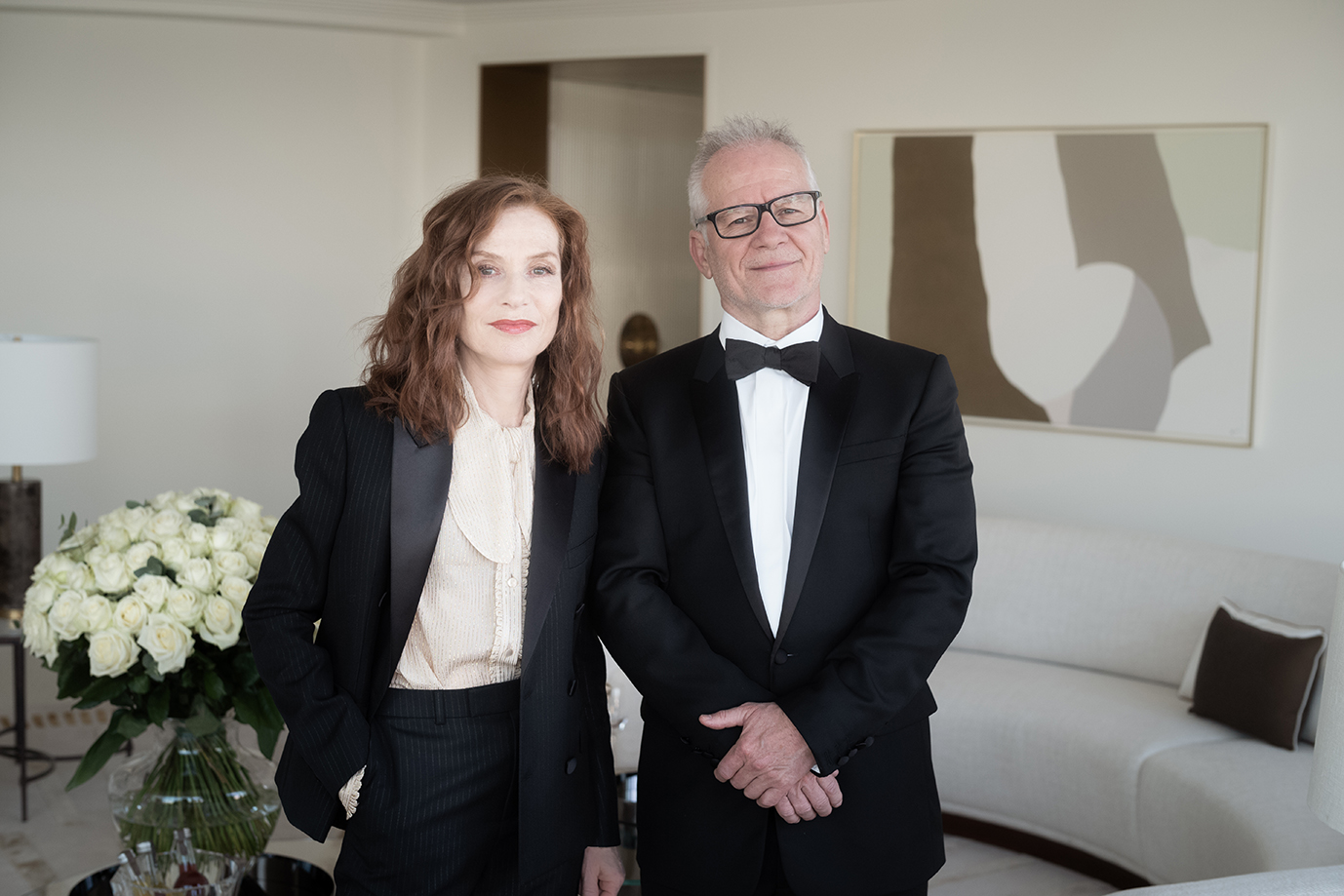