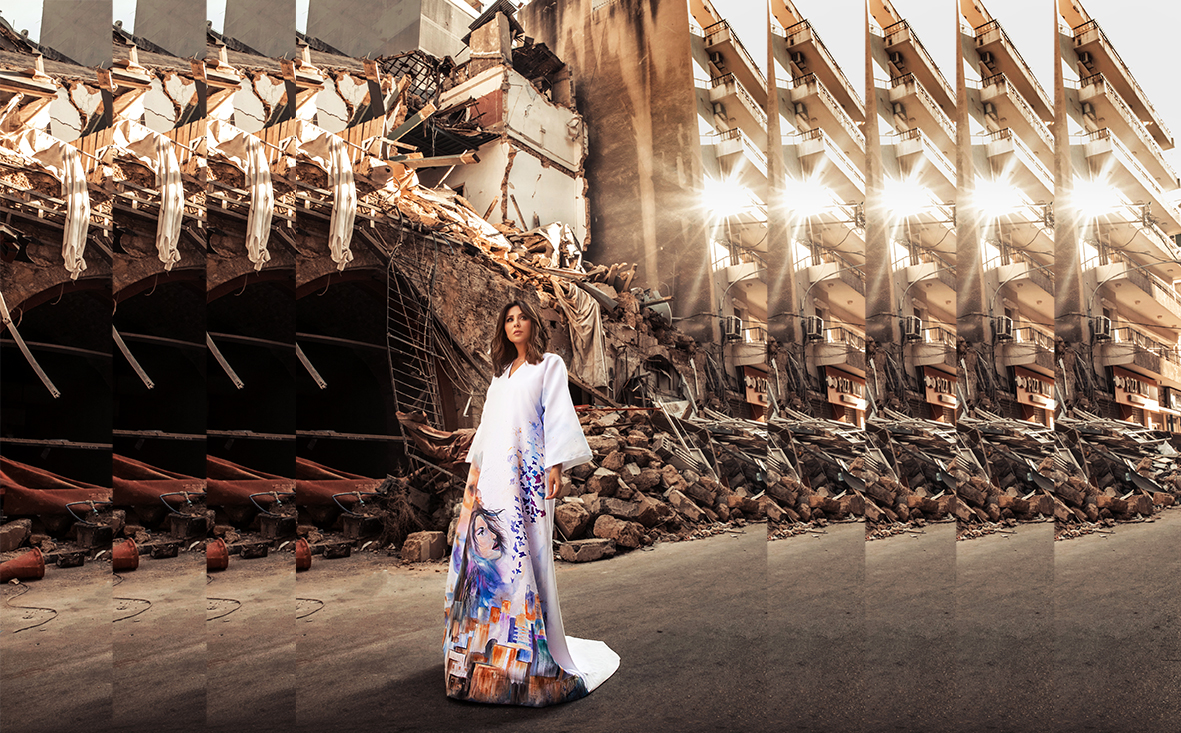 For the making of visit: 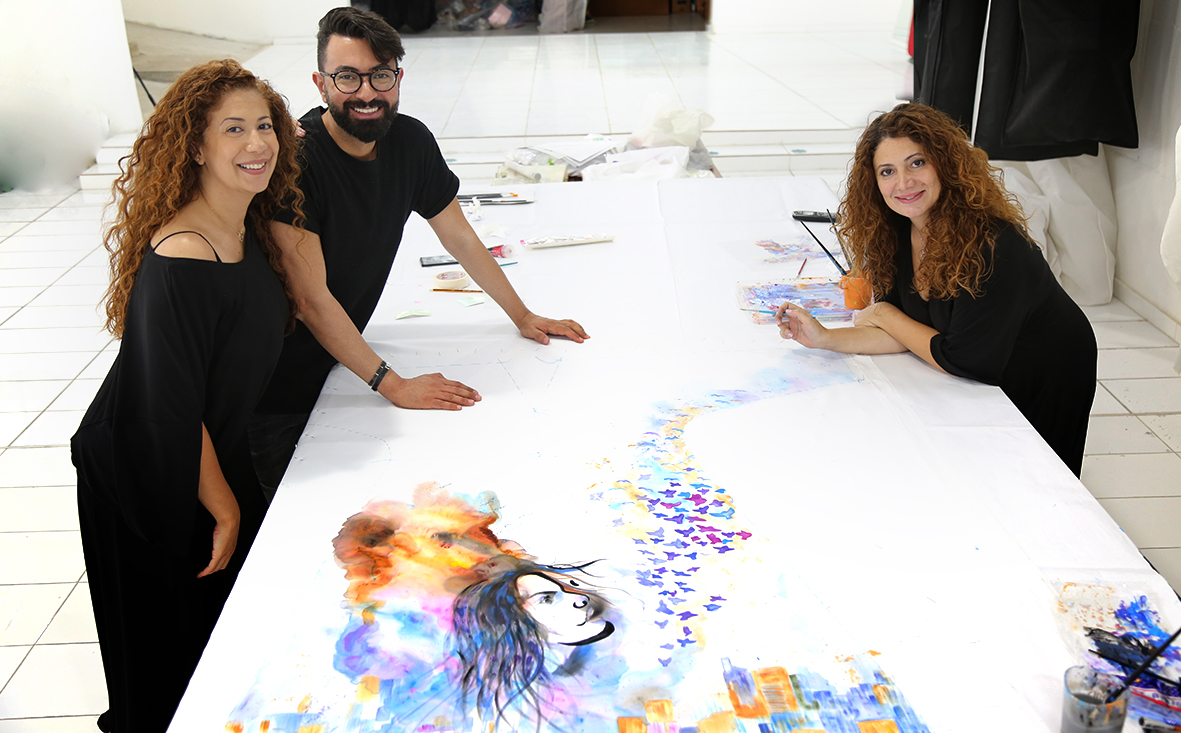 Naja Saade embodied the Beirut explosion by designing a dress that captured this tragic moment along with Adriana Hajj who translated his vision with the strokes of her brush and painted Beirut’s face as a woman who bid farewell to her children as they flew away like rising birds.

“Al Jadeed” TV channel launched the initiative “Ana_Beirut » in collaboration with Rabia Zayyat through a video clip featuring Rabia wearing the dress designed by Naja. An auction was launched live in the morning show « Sabah Alyawm » on “Al Jadeed” hosted by Carine Salameh and it raised 125 Million L.L

All proceeds will go to the NGO “Kelnalabaad » to support the campaign « Abwab Beirut » which aim is to restore the damaged houses.

Naja Saade, whose atelier was damaged by the explosion said:” This was a hard moment for all of us and I’m thankful for the safety of my team. We were all affected by the Beirut tragedy and we should all help, each using his own voice. As an artist, I wanted to deliver a message of hope and resilience so I named my design #Ana_Beirut because Beirut’s wound is a wound we all carry.”

Adriana Hajj :“This is not my first collaboration with Naja Saade, but it was hard for me to paint this disaster because my visual art usually reflects positivity and optimism. I portrayed this moment with colors that reflect hope and with a message paying tribute to the victims, so I drew the capital as a resilient woman bidding farewell to her children.”

Rabia Zayyat said for her part:” I didn’t hesitate for a second when “Al Jadeed” contacted me to join this humanitarian initiative. Today we unite for a noble cause as I wear this eastern dress that mirrors Beirut. The message I deliver in the video clip promoting this auction is as impressive as the love I carry to this city and the pain I feel towards its people. As for the painting, it reflects the hope we all need, to rise from the ashes. I thank “Al Jadeed” TV channel that always unites us for a good cause.”

The director Valentina Khawand who was behind the video clip promoting the initiative.

The director Pamela Gergi who was behind the first and second teasers.

Micha Hajj who designed the graphics.

Eliane Al Hajj who managed the promotional campaign of the initiative.